Writing Essentials: The Elements Of A Good Paper 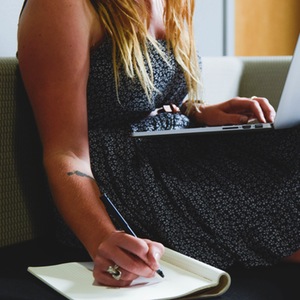 Even if you’re not a student you may find yourself having to produce a written text that conforms to the criteria of the assignment. The term is imprecise, describing a variety of different kinds of text, but its hallmark is that it is a short piece, usually in prose, that sets out facts, ideas or arguments. The word comes from the French word meaning ‘to attempt’ and was coined by the philosopher Montaigne in the sixteenth century. It describes an effort to present one’s thoughts clearly and succinctly in written form. As a literary form, this has been used, scrutinized and analyzed from Montaigne’s day right through to recent times.

Though the content has now become almost synonymous with educational projects and course work, that is but one form. Political manifestos, religious tracts, scientific research publications and many newspaper and magazine articles all qualify as essays, even though they may differ in various ways. No matter what their subject matter, factual essays have a number of elements in common.

The novice writer will probably be most concerned with the content but the most exciting ideas in the world are of little use on their own. After all, essays – as with any text – are only successful if they communicate effectively. The organization, style and structure are vehicles for the ideas and arguments and if they aren’t there then the text won’t get off the ground.

The basic formula for structuring an essay is simple. The first paragraph(s) give the reader an idea of what is to come and expand on the essay’s title. Following paragraphs present the ideas and any information the reader needs to understand the writer’s argument and standpoint. The final paragraph(s) sum up and offer some kind of conclusion. In the hands of an experienced writer this formula can be tweaked, kneaded and stretched. For example, instead of a ‘conclusion’, students may end with another question, that has emerged as a result of the examination of the subject.

Permutations are plentiful, but in a good content piece, of whatever type, the form is matched to the content. Research essays, for example, are formal, written in the third person, avoid emotive language and are highly structured (introduction – literature review – aims – methods – description – discussion – conclusion – references). A literary essay on the other hand is likely to be more subjective, with deliberate efforts to sway and move the reader. The order in which ideas are presented may not be the logical order of science. For example, the form of this kind of essay may be determined by the demands of narrative – an unfolding plot and a climax – rather than logical argument as such.

The ‘ordinary’ classwork typically steers a middle path. To be effective it needs to begin ‘on topic’, progress in a way that will make sense to a reader and somehow wrap up without loose ends. It may balance subjective, anecdotal, first person commentary with factual analysis, without strict allegiance to one or the other.

There are many ways of communicating a thought or idea. The acid test is the response of the reader. Of course readers vary greatly, but that is clear and well-organized is half way there. The writer’s skill is only partly producing ideas, choosing words and stringing them into sentences and paragraphs. A good writer (of any textual form) also has some sense of his or her readership and can step back to analyze his/her writing, as a bricklayer will step back to see if a wall is straight and vertical, and how it will look to the customer.

One more relatable piece characterizes the importance of the work. It should read as fluent and effortless but few writers can just spew it out. Often its only once a first draft has been written that the writer can see where it doesn’t ‘read right’. A key to writing good essays is the persistence and patience to write, read critically and rewrite as many times as necessary to iron out the kinks. Writing is more than just putting an idea into words and you can put it down to also help clarify ideas, which may change in the process.

Many students make the mistake of allotting the bulk of their time to gathering information and deciding how they will argue their point. They tend to underestimate the time it takes to write (or write well), with the result that good ideas are plonked on to the page as the deadline looms. Its easy to see that in visual art, the paint, colors, shapes and artistic technique are as important to a painting as what it is ‘of’ . Whatever the subject, language is the paint and the color. Sentences and paragraphs are elements of its shape.

Thinking of the essay as a mini-art form helps to avoid the error of privileging content at the expense of the schoolwork. Recognizing this is a key to writing effective essays that will have maximum reader impact.